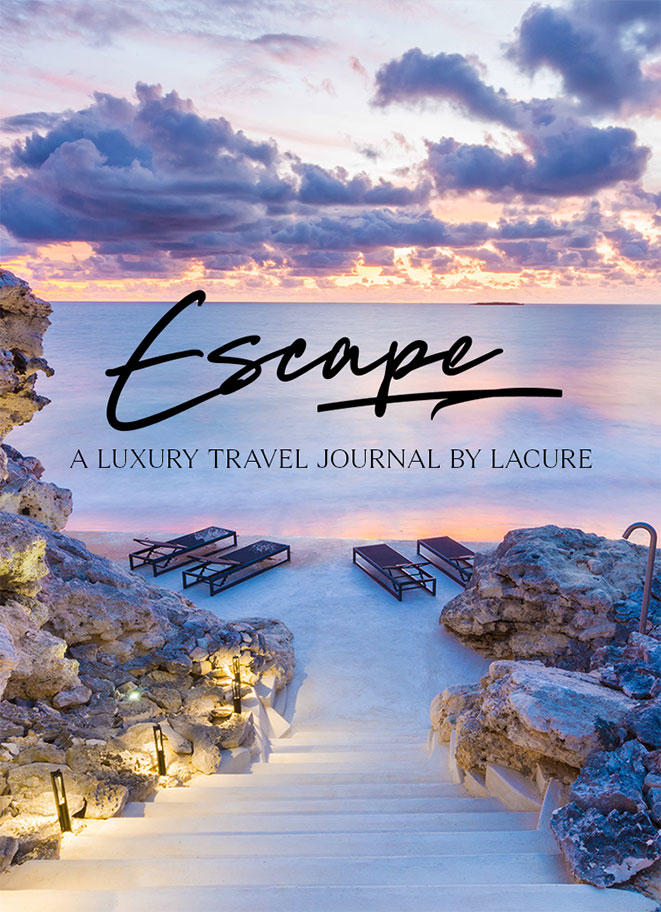 I recently watched a movie wherein the female protagonist went on a date at a fancy restaurant in Paris. She didn’t know a single French word, so she ordered by pointing at items on the menu. Of course, she had no idea what they were and was very bewildered when the waiter brought her a plate of cooked snails.

That got me thinking about how language affects travel. Since the countries I’ve personally visited use English as their primary language, I’ve never experienced such a fun and weird moment. To get a taste of real life experiences I reached out to some wise and well-travelled individuals. They are bloggers, veteran travellers and awesome story tellers. I asked them:

Have you ever been to a country whose language you didn’t know? Do you have any funny stories from trying to talk to the locals?

And this is how they responded.

WRITER AND TRAVELER AT ONE STEP 4WARD

I’m based in Thailand, and I thought it might be a good idea to learn how to tell someone they are beautiful in Thai. I learned to say “Khun suay maak,” and thought it was easy enough.

Time and time again, I’d use it with disproportionate confidence. Well, I learned that “suay,” when pronounced without raising the inflection at the end, means, “I damn you.” So I was gallivanting around nightclubs damning pretty girls left, right, and center. How wonderful. 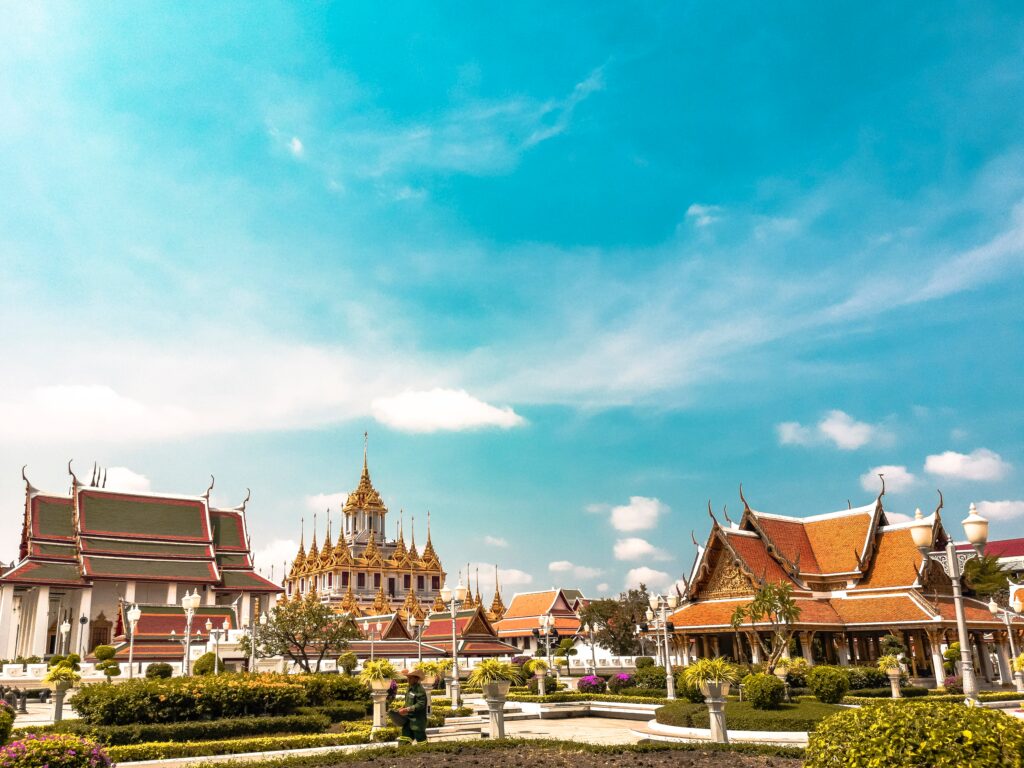 EDITOR AT A LUXURY TRAVEL BLOG

Yes, this has happened to me plenty of times!  I do enjoy learning other languages but rarely get beyond learning the basics that just about allow me to get by. I’ve dabbled with many, including studying Greek and Mandarin, but in Greenland I really struggled to even read the words which were incomprehensibly long and invariably with lots of Qs!  We were able to understand each other through basic English combined with various hand gestures.  Sadly, Greenlandic is very much in decline where I stayed (West Greenland) and in Qavak (in South Greenland) it is already regarded as extinct.

I can’t think of many great anecdotes off hand, but did have a quiet chuckle to myself when I saw a sign outside the gents’ toilets at a mountain café in the Italian Alps a few years ago; there was a sign on the door that read “please leave a clear passage” – I think they were referring to the doorway but I guess you can’t be too sure … It was a toilet after all! 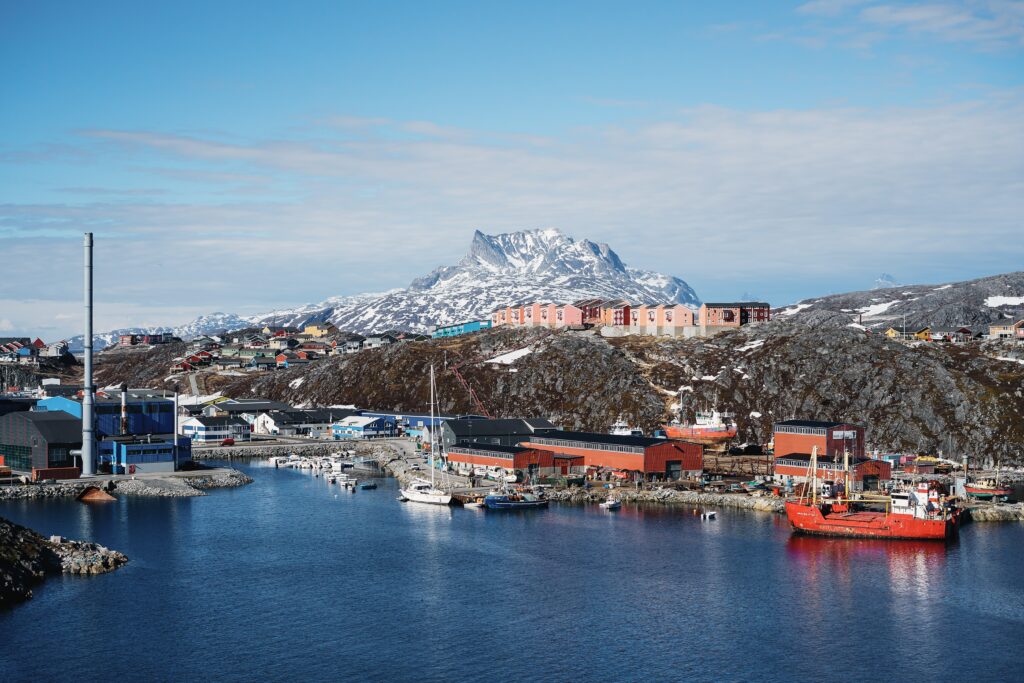 PRESIDENT AND CO-FOUNDER OF LUXE IN A CITY

When you have traveled to as many countries as I have (over 60), you can’t help but have a few funny stories related to language barriers. Getting on the wrong bus, ordering something horrific or insulting someone you wanted to praise.

One story that stands out is when I toured Italy with my mother. It was her first “backpacking” trip and I wanted to show her that traveling in a foreign country was as easy as in Canada. So when I booked a train ticket from Rome to Positano, a small coastal village on the Amalfi coast, I was as convinced as a veteran traveler.

This is until I realized that our train ticket from Napoli to Positano was actually a combination of a ferry and a bus ticket! How could I have missed this in the clerk Italian explanation!?

Of course, I realized this 20 minutes before the departure time of the ferry and had to make my mother run 1km to a taxi stand. When we tried to explain to the taxi driver that we were in a rush to catch the boat, he understood, “We are willing to die to catch this ferry.”  In rush hour, he decided to jump the median and drive in the upcoming lane at full speed, “Fast and the Furious” style. He ran a few red lights, then accelerated up until he did an acrobatic stop two-feet away from the boat’s gangway. We jumped on board with less than 15 seconds before departure.

Lesson learned: Be careful what you ask an Italian taxi driver! And yes, give him a good tip.

My friends and I were travelling in the north of Thailand when we decided to stop for three days in an elephant camp in Chiang Mai. Our camp was quite remote and located near a small village, about a three-hour drive from Chiang Mai proper.

One day after a hike, two of us decided to play with some kids in the village, but on the way back we got lost and we had to ask the villagers for the elephant camp. Of course, no one could speak anything but Thai, so we decided to mimic an elephant…and to what appeared clearly as an elephant to us, we got the answer: “Vietnam?” How can an elephant become Vietnam is still an unsolved mystery, but we finally found our camp with a good laugh! 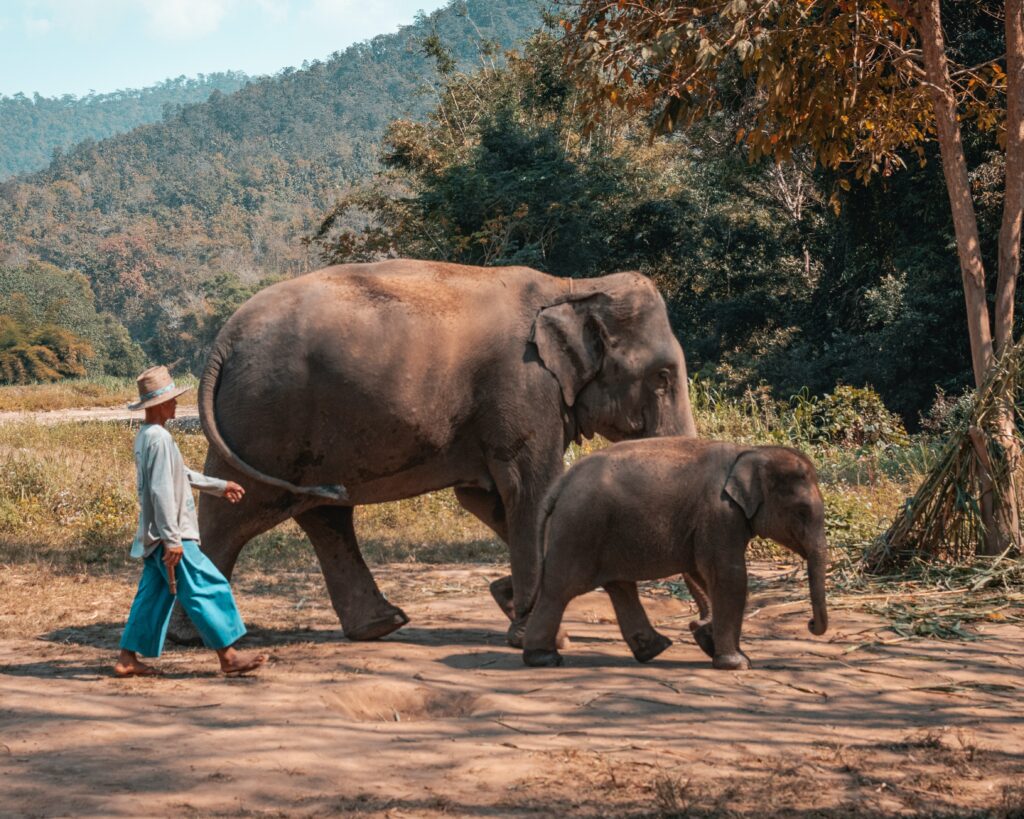 I was in Shanghai, China a few years ago. Not being able to read or write anything in Mandarin, I had printed out the name and address of the hotel and brought it with me on the plane. I was grateful for this precaution when I discovered that it is folly to expect a taxi driver to understand English.

From that moment on, I always had a card from the hotel to hand to the drivers.

One day I witnessed the unfortunate results of someone not having that magic card. A group of us were about to pile into the taxi when we were stopped by a fellow English-only traveler. He had lost his card. His driver had no idea where to take him, and we couldn’t help—we couldn’t tell the driver the name of the hotel since none of us spoke Chinese (which is why we *always* had that magic card). We were about to bring him with us when, with much relief, he located his own hotel card.

Lesson—always take a moment to make sure you have your destination written in the local language! 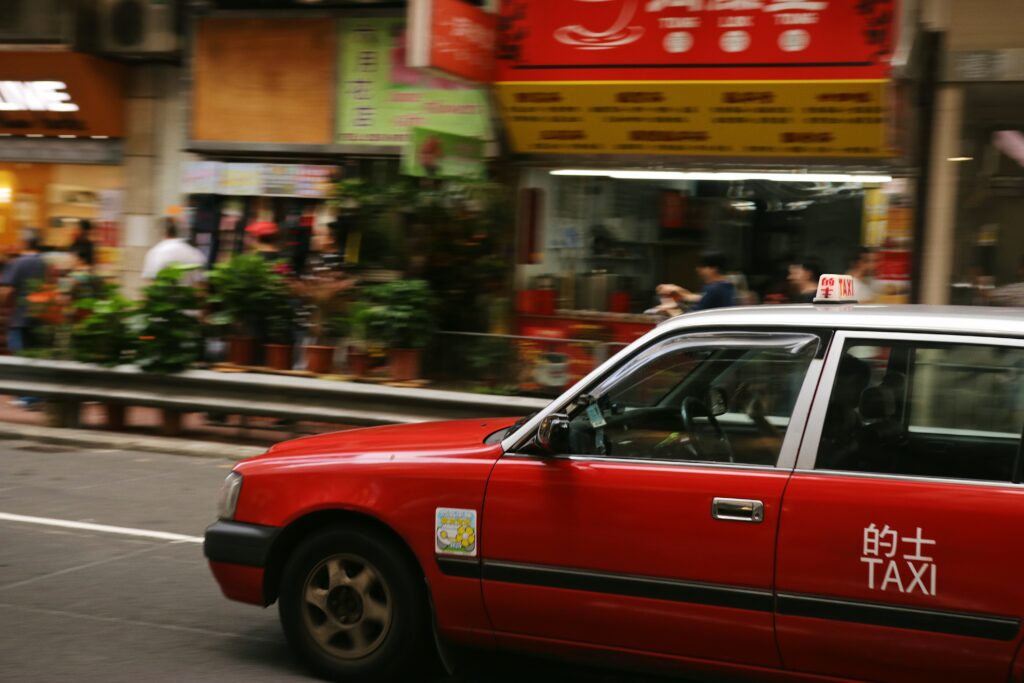 We were on the train heading east from Bratislava when we decided to hop off and grab lunch in a random town. It was pretty, with large cobbled squares and decorative façades. Opting for a fixed-price lunch overlooking one of the squares we managed to order using the old point-and-smile technique. No problems there.

The problems started when I tried to order a drink. Now, you wouldn’t think this was hard: you’re in a restaurant, the food has arrived, you don’t have a drink, next logical step… Drink! Right?

I don’t speak many languages, but I can say wine in quite a few. “Wine? Wein? Vino? Vinho? Vin? Vi?” Nope. I had exhausted my European repertoire and the waitress stood with the puzzled and slightly panicked air of a deer in the headlights. So I ran my hands through the air like a goblet and began to mime wine drinking: a lift, a look, a swirl, a sniff, a sip…the headlights must have been switched off because the waitress beamed with understanding.

Confident with our newfound communicative bond, I looked around for something red to communicate the rough style—appellation and varietal be damned—and found something red. After she registered the fruit’s colour she happily bustled off and I sat back, and congratulated myself on my burgeoning communication skills.

The waitress returned, but she wasn’t carrying a glass or a bottle. Her smile turned hesitant, but she triumphantly brought me my order: the largest bowl of freshly chopped tomatoes you’ve ever seen. Well, at least I wasn’t too thirsty. 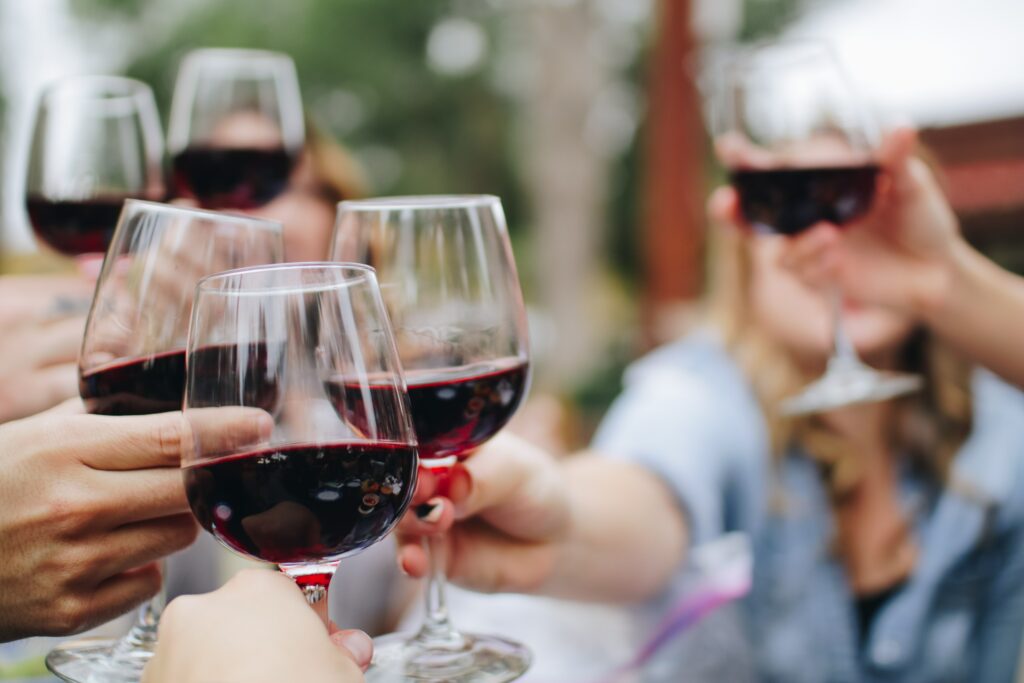 TRAVELER AND SEO SPECIALIST AT POWERED BY SEARCH

I moved to China without knowing any Mandarin. Interesting fact: Mandarin has five tones that affect the meaning of a word.

You would think that similar words would be grouped together so that the tone would mean a different but similar thing, such as “to have” and “to want” being the same word with different tones. Nope. The word for four means “death” if you pronounce it wrong. This gives me the sneaking suspicion that “It’s time to die” was actually just supposed to mean “It’s four o’clock.”

On another note, “question” as in “Can I ask you a question?” means “French kiss” if you pronounce it wrongly. Guess how I figured that out!

I want to thank everyone who shared their stories with me. It was a great experience!

Oh, and if you’re wondering, the movie I was watching where the lady had to eat a plate of snails? It still ended well when she and her date had a long walk on the charming streets of Paris. I mean, how could a French adventure have ended poorly?

Five Star Meals Created by Your Own Private Chef

Vivanterre x Lacure: A Culinary Evening in the Heart of Paris